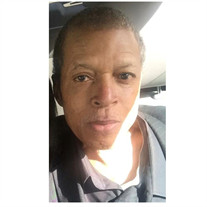 Mr. Clarence William “Snooks” Smith, Jr., also known as “Smitty”, 71, of Peoria, Illinois passed away at 7:27 am on Sunday, May 20, 2018 at OSF St. Francis Medical Center. Clarence was born on March 2, 1947 in Peoria, IL to Clarence, Sr. and Loretta (Williams) Smith. He accepted Christ at an early age and was baptized at Peoria Friendship Missionary Baptist Church. Clarence was a 1966 graduate of Peoria Central High School, where he was an All-State track and field star. He continued his education and excelled in track and field at Canton Junior College Spoon River Campus in Canton, Illinois and graduated in 1968. Clarence matriculated at Southern Illinois University in Carbondale, Illinois, where he became a proud member of Kappa Alpha Psi Fraternity, Inc., and the Black Student Union. Because of his great passion for justice for Black America, he and other SIU students participated in a demonstration in Cairo, Illinois boycotting the local businesses for their injustices in their black community. He graduated in 1971 with a Bachelor of Arts degree in Political Science. After his college graduation, Clarence went on to honorably serve his country in the US Army. Clarence worked at Caterpillar Tractor, Inc., in Morton Inventory Control. He retired in 2004 after over 30 years of service. Clarence loved playing spades, watching Western movies, being with his friends and family. Clarence leaves to cherish his most precious memory his daughter, Alisha (Jacob Motteler) Smith; children he raised, Marcus and Clyde Ewing both of Peoria; his mother, Loretta Smith; one brother, Michael “Big Mike” Davis both of Peoria; four sisters, Judith (Robert) Lee of Leland, NC, Cathy (Lonnie) Edwards, Theresa (Richard) Walker and June Moore all of Peoria; two grandchildren, Arnell Moore and Nigel Moore and one grandson, Jacob, Jr., who is on the way; his long time companion, Mae Payton of Peoria; and a host of nieces, nephews, other relatives and friends. He is preceded in death by his father and one sister, Francesca Spears. Funeral services will be held at 11 am on Saturday, May 26, 2018 at New Cornerstone Baptist Church with a visitation beginning at 10 am. Rev. Dr. Mark McConnell, Pastor, will officiate. Rev. Larry Williams will bring the eulogy. Clarence will be laid to rest at Lutheran Cemetery where US Army Military Honors will be rendered. Simons Mortuary has been entrusted with arrangements. Online condolences may be made at SimonsMortuary.com.

The family of Mr. Clarence "Snooks" "Smitty" William Smith Jr. created this Life Tributes page to make it easy to share your memories.

Send flowers to the Smith family.