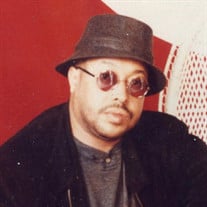 Mr. Earl Kenneth Crutchfield, Jr., 66, of Peoria, IL departed this life on Friday, August 6, 2021 at 11:58 a.m. at OSF St. Francis Medical Center. Earl was born on September 4, 1954 in Peoria, IL to Earl, Sr. and Delores (Sears) Crutchfield. He was their only child and they preceded him in death. Earl attended Peoria Central High School. He later worked for Peoria Public School District 150 as a school bus monitor. Earl worked many years at Borne Paint Company and as a custodial/maintenance supervisor for several companies. Earl loved to tell jokes, laugh and play chess. He was an avid fisherman and golfer, taking his love of golf from his father as he followed him around on the golf course as his caddy. He later did landscape on those golf courses in his early years. Earl loved music and could be found many days just sitting in his car listening to his music. He was a huge sports fan whether it was football, basketball, boxing, or golf. The thing that got him most excited was his love for his animals which included his pit bulls named Brindle, Bree and Ice; his german shepherd, King; his cat Fluffy; two parrots named Him and Her and his Hamster, Fireball. Earl is survived by many family members and friends including his cousin Lynnette Lee of Peoria, IL, who was his caregiver since he became ill and a special friend, Jerry Grandson of Peoria, IL, who was also instrumental in his care. Graveside services will be accorded at 11 am at Parkview Cemetery on Friday, August 20, 2021. Family and friends will gather at the gravesite at 10:30 a.m. Rev. Scott Howard of Galena Park Baptist Church will bring the eulogy. Earl will be laid to rest alongside his mother and father. Simons Mortuary has been entrusted with arrangements. Online condolences may be made at SimonsMortuary.com. The service will be live streamed on Simons Mortuary's Website or Facebook page at https://www.facebook.com/Simons-Mortuary-232095303487150 promptly AT THE TIME OF THE SERVICE. Due to Covid-19 restrictions and to be consistent with recommendations from the National Funeral Directors Association (NFDA), funeral home directors have been instructed and should follow CDC guidelines on gatherings, including those directly related to funerals, visitations, or graveside services **In an effort to mitigate the spread of COVID-19, we ask that everyone in attendance: wear a face mask and refrain from hugging, kissing and shaking hands (as hard as it is to see someone you care about and not touch them). **It is our responsibility as Funeral Directors, to do everything we can to advise families in order to honor our beloved Families and to keep everyone as safe as possible. Thanks in advance for your cooperation!

Send flowers to the Crutchfield family.