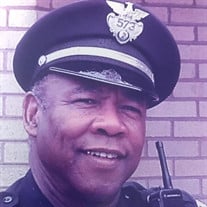 Posted On Simons Mortuary website per family request. Funerals services were conducted in December, 2019. Mr. Eddie G. Stinson, 83, of Peoria, IL passed away December 10, 2019 at his family home in Edwards, IL. Born April 16, 1936 in Brownville, TN, Eddie was the son of Oscar and Geneva (Graves) Stinson. He married Ruth E. Gilbert on April 19, 1955 in Brownville, TN, and relocated to Peoria, IL; she survives. Eddie is also survived by one brother, Joe (Marlene) Stinson of Sacramento, CA; four sisters, Montine Graves-Brown of Chicago, IL, Pearly Stinson-Bonds of Peoria, IL, Virginia Stinson Donaldson of Detroit, MI and Lillian Stinson-Crooks of Glasboro, NJ; children, Marcus (Camie) Stinson of Abingdon, MD, Victor Stinson, Cecelia Stinson, Alisha Stinson and Cynthia Stinson all of Peoria, IL; grandchildren, Shawn Stinson of Atlanta, GA, Sharria Foster-Stinson and Sherrell Stinson both of Peoria, IL, Brittany Stinson of Delray Beach, FL and Marcus Stinson, Jr., of Raleigh, NC and ten great-grandchildren; and a host of nieces and nephews. Eddie was preceded in death by his parents; sisters, Maggie Graves-Jamison, Girty Graves-Phillips and brother, William Stinson. Eddie joined the Peoria Police Department on December 15, 1964. During his career, he contributed and served the Greater Peoria community for over 36 years as an exemplary law enforcement officer. Through his career, Eddie served in many various capacities including the patrol division, school liaison officer, and detective division. Adding to his commendable achievements, Eddie was also a founder/activist in the Peoria Afro American Police League. After retiring from active duty, Eddie went on to serve with the Peoria Park District, and the U.S. Marshal’s Office for many years. Eddie was also a locally renowned singer, affectionately known as the “Singing Policeman!” He was a much sought-after vocalist; lending his beautiful voice with the accompaniment of operatic orchestras, gospel choirs, jazz groups and many other venues. Eddie truly had a gift he loved sharing with his beloved public. He was also a devout Christian and worked tirelessly as an active member supporting Grace Baptist Church of Peoria, IL as a Trustee. Always willing to serve, Eddie took an active role as President of the Laymen’s Department while also participating with the “Men of Grace” male chorus. Throughout his tenure, his community participation, lifetime membership with the NAACP and other activities earned Eddie an induction into the Peoria Hall of Fame. Celebrated by his colleagues and family, he continued to be active long after retirement until succumbing to major health issues. Online condolences may be made at simonsmortuary.com.

The family of Mr. Eddie G. Stinson created this Life Tributes page to make it easy to share your memories.

Send flowers to the Stinson family.