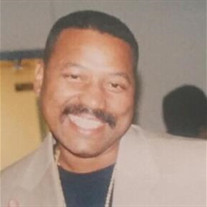 Our life journey is comprised of a series of unique, one of kind, and deeply personal life experiences. Edwyn D. Carter’s life journey was anchored in his family, friends, and faith. He lived a life that was “Uniquely Ed”. Ed was a man who lived life on his own terms. He had an infectious laugh and his proclivity for telling stories was legendary. Each time he told a story his audience would experience a fusion of emotions. Laughter, sadness, amazement, and sometimes a bit of skepticism were hallmarks to Ed’s brand of storytelling. Regardless of the topic, he could command a room with his unique combination of intellect, humor, and imagination. Ed was also a music connoisseur. As a young man, he quickly mastered the art of playing drums but his appreciation and love for music was boundless. His musical collection included Classical, Jazz, Rock, R&B, and Rap. The diversity of his musical collection was indicative of the diversity of his spirit. Ed was a man that understood the power and purpose of the various roles he played throughout life. He was a son, a brother, Uncle, a friend, a cousin, and most importantly he was a man of faith. Edwyn D. Carter was born April 15, 1959 to Charles Carter, Sr and Bernice Carter. He was the middle child of what people affectionately called the “Carter Boys”. Ed graduated from Kentwood High School (Chicago, Illinois) in 1977. He also served honorably in the United States Navy. The next chapter of life’s journey would lead to Ed’s graduation from University of Illinois Springfield. Ed was employed by the state of Illinois, Office of Public Aid until his retirement. Most would say that Edwyn D. Carter life’s journey was concluded too soon. However, we are steadfast and confident in the belief that God makes no mistakes and Ed was called home when it was time for him to be with his Lord and Savior. Edwyn D Carter’s life journey was comprised of many milestones. He earned the rank of Eagle Scout at Boys Scout Troup 534. He was a member of Christ Lutheran Church in Peoria, Illinois. Ed was a member of the Kappa Alpha Psi fraternity, Inc.. He embodied the core principles of his fraternity: “Achievement in Every Field of Human Endeavor”. As a Mason, his arm of affiliation was strong. He was a member of Henry Brown Lodge #22 and Menelick Consistory #49. Edwyn D. Carter was survived by his mother, Bernice Carter; two brothers, Charles Carter Jr. 32nd of Chicago, IL, and Bryant (Cynthia) Carter of Peoria, IL; one niece, Jordan Carter of Peoria, IL and two nephews, Charles Carter III of Berkley, CA and Nathan Carter of Peoria, IL; along with a host of loving relatives and friends. The Home going for Brother Edwyn D. Carter will be on Thursday Sept. 7, 2017 at the Martin Temple A.M.E. Church 6930 S. Cottage Grove Ave. Chicago IL. 60637. The Repast starts at 9:30 am, with the Funeral beginning at 10:30 am. Edwyn will be laid to rest at Mount Hope Cemetery, 11500 S Fairfield Ave, Chicago, IL 60655. Services are entrusted to W.W. Jackson Funeral Home and Cremation Service, 2701 W 63rd St, Chicago, IL 60629.

Our life journey is comprised of a series of unique, one of kind, and deeply personal life experiences. Edwyn D. Carter&#8217;s life journey was anchored in his family, friends, and faith. He lived a life that was &#8220;Uniquely Ed&#8221;.... View Obituary & Service Information

The family of Mr. Edwyn D. Carter created this Life Tributes page to make it easy to share your memories.

Our life journey is comprised of a series of unique, one of kind,...

Send flowers to the Carter family.