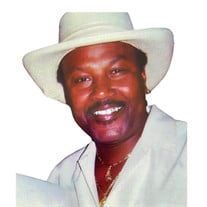 CREVE COEUR- L.A. Randle, 72, of Creve Coeur, formerly of Peoria, peacefully passed away making his transition from this earthly life at 7:30 a.m., Sunday, June 6, 2021 at Unity Point Methodist Hospital, surrounded by family, who faithfully remained at his bedside during his illness. L.A., born April 14, 1949 in Holmes County, Cruger Mississippi to Lizzie B and Nathaniel Randle Sr., was the ninth child of ten siblings to that union. At the early age of 4 or 5, L.A. and the Randle Family moved to Illinois, settling in Peoria where industrial jobs were plentiful. L.A. attended McKinley Elementary and Roosevelt Junior High Schools and graduated from Manual High School. During his early teen years, he found a young Linda Fay Kennedy, who would become the lasting love of his life. Coming from an entrepreneurial spirited family, and after working for Sealtest Dairy and Doran Trucking, L.A. and brother Frank Randle, together, owned and operated the long-running Blue Note Lounge, INC. After a few years with Frank adding other business ventures, and with unforeseen looming health issues, L.A. and Linda became the eventual owners of the original Blue Note, INC. Throughout their 43 plus years of being in the bar business, including ownership for many years of L.A. Connection- Rhythm and Blues, L.A. and Linda, as a team, have enjoyed their businesses and have met and known many patrons and visitors throughout the years. L.A. was preceded in death by his parents; sisters Ruth McClellan and Lizzie Lobdell; brothers Frank Randle, Jimmy Randle, and Rev. RW Randle; one nephew, Julian Lobdell; and one niece, Glenda Jean Baldwin. L.A. leaves to cherish his precious memory, wife, Linda, and children Sean Randle, Vincent (Geni) Randle, and Karla Randle-Jackson (Michael); Juan Coleman, and Leslie Alan Guthrie; 27 special grandchildren and several great grandchildren; Brothers Nathaniel Randle, Charles L. Randle (Mary Ann), and Robert E. Harris; Sisters Nancy Moredock and Leola Jefferson; Sisters-in-law, Dorothy M. Randle. Joan Randle and Ethiel Randle; and 21 nieces and nephews. L.A. and brother Frank were avid motorcycle club members during their riding years, and enjoyed meeting many people while riding with cousins, as well as old and new friends. During Linda and L.A.’s many years in the Bar business, many individuals who loved coming to their establishments have shared with them over the years that they actually met and fell in love with their future husbands or wives at the Blue Note and LA Connection. Many celebrations have been held at L.A. Connection over the years as well. Simons Mortuary is in charge of arrangements. Cremation rites will be accorded. The family will hold a private Celebration of Life at a future date. Online condolences maybe made at simonsmortuary.com The family would like to thank the Unity Point Methodist Hospital medical staff for the care and treatment provided to L.A. over the last several weeks.

The family of Mr. L.A Randle created this Life Tributes page to make it easy to share your memories.

Send flowers to the Randle family.