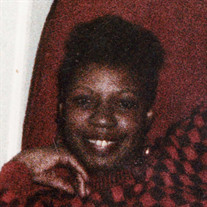 Mrs. Octavia (Gibson) Ivy, 73, of Peoria, IL entered into eternity at 6:06 PM on Wednesday, April 12, 2017 at OSF St. Francis Medical Center. Octavia was born on March 11, 1944 in Dunleith, Mississippi to the Rev. Spencer, Sr., and Alberta (Rose) Gibson. She was baptized at an early age in Mississippi. The family moved to Peoria where she became a member of Rising Sun Missionary Baptist Church under the leadership of Pastor Cornelius Jackson. She served faithfully in the choir and was one of the lead soloists. Octavia was an original member of the gospel singing group, the Morning Echoes. She met and married Mr. Willie Sam Ivy and celebrated many years of holy matrimony until his death in 2010. Octavia had great culinary skills. She worked as a Chef at PARC Rehabilitation Center. She last worked as the CEO of WSI Lawn care Services. She was a faithful member of Grace Apostolic Assembly for over 25 years where she served as an usher, children Sunday school teacher and choir member. She also serviced on the culinary committee. Octavia loved cooking, shopping and taking care of any one in need of tender loving care. Octavia leaves to cherish her most precious memories her loving and devoted sons; Clarence Anthony (Christina) Gibson, Cedrick Lamont Gibson, Sr., Jacoby Wilson, Anthony Sanders, and Jordan Williams all of Peoria; two step-sons, James Arthur Ivy and Frankie (Bernice) Ivy both of Peoria; one daughter, Tonya Ivy; three Step-daughters, Lue Ella Ivy, Ella Mae Ivy and Ruby Ivy all of Peoria; five brothers, Pastor John L. (Gigi) Gibson of Peoria, Clarence (Terri) Gibson of Jacksonville, FL, Minister Roosevelt (Minister Sandra) Gibson of Milwaukee, WI, Pastor Spencer, Jr., (Rita) Gibson of Peoria and Robert Lee (Jewel) Gibson of Peoria; two sisters, Lorean (Thomas) Wysinger-Stanley of Orlando, FL and Lady Victoria (Bishop R.E.) Walker of Decatur, GA; 40 grandchildren including her granddaughter, Victoria Williams, who was also her caregiver; a host of great grandchildren; and a host of nieces, nephews, other relatives and friends. She is also preceded in death by her parents; one brother, Quzee Gibson; two sisters, Gail Ann Gibson and Christine Duncan; one step-daughter, Tina Ivy and a grandson, Octavious Gibson. Funeral services will be held at 11 am, Saturday, April 22, 2017 at Rising Sun Christian Church with a visitation at 10 am. Suffragan Bishop James Ware will officiate. Octavia will be laid to rest at Lutheran Cemetery. Simons Mortuary has been entrusted with arrangements. Online condolences may be made at SimonsMortuary.com.

The family of Mrs. Octavia Ivy created this Life Tributes page to make it easy to share your memories.

Send flowers to the Ivy family.