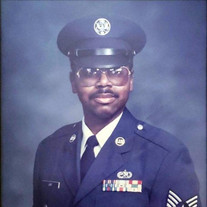 Deacon Ronnie Lee, 76, of Peoria, IL transitioned from this life to his heavenly home on Monday, October 5, 2020. Ronnie was born February 15, 1944 in Peoria, IL to proud parents Horace Lee and Mary R. Gaines. He was the oldest of his brothers... View Obituary & Service Information

Deacon Ronnie Lee, 76, of Peoria, IL transitioned from this life...

Send flowers to the Lee family.