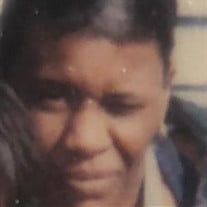 Ms. Rosemary Gibson, 54, of Peoria, IL passed away at 3:03 am on Friday, January 19, 2018 at her home. Rosemary, affectionately known as Rose, was born on March 1, 1963 in Little Rock, ARK to Roosevelt and Augusta Lee (Baker) Gibson. Rose’s mom passed away when she was 10 years old in Detroit, MI. Rose’s aunt, Florida Parker, raised Rose in Peoria and is the only mother she’s known. Rose attended Roosevelt School where she met Barry Hyde at the age of 18. He became her common law husband and stayed with her until her death. Rose was a licensed CNA. She had also been employed by Caterpillar for four years until her health declined. Rose had a big heart, but always spoke her mind. She loved nature and cats. Her last cat was named Kitty, which is a testament to her great sense of humor. Rose loved playing bingo, scratch off’s and shopping at thrift stores. She also loved her whole family, especially the grandbabies. Rose leaves to cherish her most precious memories her loving and devoted companion, Barry Hyde of Peoria; her mom, Florida Parker, of Peoria; three daughters, Kelly Moore of Lincoln, IL, Elaina Sherrod of Bloomington, IL, Latrice (Terry) Hyde and Caprie Hyde both of Peoria; one son, DeCarlo (Monique) Gibson of Peoria; one brother, Robert Parker of Peoria; a special cousin, Pedro Baker of Peoria; 21 grandchildren and a host of cousins and friends who adored Rose. A memorial service will be announced at a later date. Simons Mortuary has been entrusted with arrangements. Online condolences may be made at simonsmortuary.com

The family of Ms. Rosemary Gibson created this Life Tributes page to make it easy to share your memories.

Send flowers to the Gibson family.