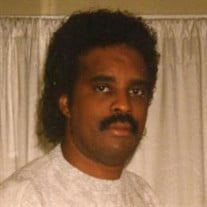 Mr. William Lee “Sonny” Smith, 70, of Peoria, IL passed away at 5:13 am on Monday, January 23, 2017 at UnityPoint Health Methodist Hospital. William, affectionately known as Sonny, was born on January 28, 1946 in Peoria to Robert and Theola Mae (Kelley) Smith. He attended Manual High School. After high school, William went to work for Caterpillar where he met his beautiful bride, Minnie Burns. He and Minnie married on March 14, 1989 in Las Vegas, NV. A proud UAW member, William retired from Caterpillar, Inc., in 1999 after over 33 years of service. He was a quiet man and gentle giant. He loved spending time with his family, sports and fishing. He used to travel to Chicago for NFL football games and to watch his favorite basketball player Michael Jordan. William was a historian and knowledgeable about all history. Many times he could be found in his beloved man cave watching the history channel on TV. William leaves to cherish his most precious memories his loving wife of 27 years, Minnie Smith of Peoria; five daughters, Kimberly Y. Smith of Peoria, Tamara G. (Donald) Rist of Columbia, MD, Stacey (Robert) Rush of Washington State, Brandi N. Smith of E. Peoria and Yvonne Pollard of Peoria; two sons, Michael A. Pollard and Dwayne Pollard both of Peoria; one sister, Bobbie Ashby of Peoria; eight grandchildren; one great granddaughter and four great grandsons; a special niece whom he helped raise, Toni Ashby; and a host of other nieces, nephews other relatives and friends. He is preceded in death by his parents; two brothers, Rayford Kelley and C.W. Smith and one sister, Tressie Daniels. Funeral services will be held at 11 am, Saturday, January 28, 2017 at Simons Mortuary with a visitation at 10 am. Rev. Arthur Williams, Sr., of Ward Chapel A.M.E. Church will officiate. William will be laid to rest at Lutheran Cemetery. Simons Mortuary has been entrusted with arrangements. Online condolences may be made at simonsmortuary.com.

The family of Mr. William L. "Sonny" Smith created this Life Tributes page to make it easy to share your memories.

Send flowers to the Smith family.